By Carla Sinclair-Wells on December 2, 2011 in Holiday Specials

Looking for something fun for the kids after school? Why not take them ice skating! It certainly isn’t an activity most Floridians get to experience, and now you can ice skate right here in Winter Park at the annual holiday “Winter in the Park” event. 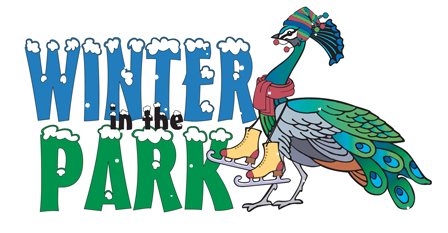 Get bundled up and head to Central Park West Meadow, located at 150 North New York Avenue (corner of Morse Blvd. and New York Ave.) in downtown Winter Park, and experience ice skating in Orlando! Monday through Thursday, the rink is open from 3:00 p.m. to 9:00 p.m. On Fridays, you can skate an hour later until 10:00 p.m. On Saturdays, the hours are 10:00 a.m. to 10:00 p.m. and Sunday, noon to 8:00 p.m. There will also be extended hours during the winter school break.

Holiday music, games, carolers and more are also part of the event. The cost is $10 per skater which includes skate rental for an entire day. Group discounts are available, as well as, private parties. What a fun way to celebrate a birthday or place to host an office party! To reserve the rink or for more information, call 407-599-3203 or visit cityofwinterpark.org. “Winter in the Park” runs through January 8, so get bundled up and enjoy ice skating in Florida before the ice melts!

There is a lot going on at the Orlando Science Center. As one of America’s top hands-on science centers they are constantly providing interactive learning and discovery through hundreds of exhibits, programs and labs, giant screen films and planetarium shows. During the winter and holiday season, the Orlando Science Center revives its seasonal nighttime star-gazing sessions at its Crosby Observatory. They have also added holiday-themed laser-light show on the giant screen of the Dr. Phillips CineDome.

The Crosby Observatory (the silver-dome atop the Orlando Science Center) houses Florida’s largest refractor telescopes available to the public. On the first and third Saturday through Saturday, February 18  from 5:00 p.m. to 9:00 p.m., visitors can witness the wonders of the night sky through their telescopes. Observe moons, planets and other astronomical special events during evening sky watches and deep sky objects such as galaxies, nebulas and more. Astronomy experts and volunteers are on hand to make sure you get the best view possible. In addition to the spectacular sky watching, you may also enjoy an unobstructed view of the downtown Orlando skyline.

The holiday-themed laser-light show is projected onto the giant screen of the Dr. Phillips CineDome, and will run daily through Jan. 8. Popular musical favorites such as “Dance of the Sugar Plum Fairy” and Smashing Pumpkins’ “Christmastime.” Other featured artists include Mariah Carey, Enya, Randy Travis, James Galway, Eurythmics, Burl Ives, Nat King Cole and more. Show times vary, but tend to run around 2:00 p.m. or 3:00 p.m.  The holiday laser light show is included in regular Science Center admission which is $17 adult and $12 ages 3-11.

For more information about the Orlando Science Center, go to www.osc.org or call 407-514-2000. On evenings you are not star gazing, and you’d like to be entertained by some “stars” from the 1930’s, we’d like to invite you and your gang to Capone’s Dinner & Show. We’re open every day of the year and through New Year’s Eve, we are presenting our special holiday show! It’s a great time of the year for an evening out at our Orlando dinner show. Get your tickets half price by ordering them online.

Updated by Admin: Wednesday, November 30, 2011
By Carla Sinclair-Wells on November 28, 2011 in Holiday Specials

Legoland Florida is enjoying its first holiday season having opened mid-October. Beginning December 5, their Christmas Bricktacular begins. At the Florida theme park’s entrance a 30-foot Christmas tree made of 270,000 green Lego and Duplo bricks is being erected. That’s a lot of Legos! Other areas within the park are also being decorated, and the first lighting ceremony will take place Monday, December 5. After this ceremony, each night, a family will be selected to help light the tree between December 8th through December 31st.

What holiday party would be complete without Santa? Children would say “none!” So Santa Claus will make special daily appearances in the historical botanical gardens. On the last day of the Christmas Bricktacular, New Year’s Eve, the Orlando theme park will host a Kid’s party with music and fireworks at 7:00 p.m., which Legoland calls midnight KST (Kid Standard Time). This special event, along with the Christmas Bricktacular is included in regular park admission.

With every Orlando theme park offering a special Christmas show, it is great to see Legoland offering a tree lighting. Look to see the attraction offering more next holiday season. Perhaps they will also open every day in December. Only time will tell. This year, however, please note: Legoland is closed December 6, 7, 13 & 14 (Tuesdays & Wednesdays). Their operating hours can be found on their website at www.florida.legoland.com.

Most of us have a lot of things to be thankful for. However, it only takes a second to change joyful feelings into unpleasant ones. Cooking fires, vandalized cars, stolen gift cards, etc. can bring havoc to an otherwise peaceful holiday. Here are a few tips from the Clearwater and Winter Haven Police Departments to help have a safe Thanksgiving.

The average number of cooking fires triples on Thanksgiving.

At the mailbox and on the computer

If your evening plans are free, we still have seats available for our special Thanksgiving Day show at Capone’s Dinner & Show. Your entire family will enjoy the show and it is safe for kids of all ages to attend. Be safe this Thanksgiving!

Several months ago the Gaylord Palms Resort announced the new partnership with Dreamworks animated films, such as Shrek and the penguins from “Madagascar.” Starting Wednesday, November 16, ICE! begins, but not as usual. This cool attraction will have you basking in the dazzling lights of the magnificent Christmas décor as well as ‘Shreking’ the halls.

This frigid Christmas tradition in Florida features over 20,000 square-feet of frosty 9-degree bliss played out in a winter wonderland of exciting hand-carved sculptures. This year, however, you’ll be joined by DreamWorks’ Animation TV classic Shrek the Halls™ as you slide down one of five 30-foot ice slides creating wonderful holiday memories.  Great family vacation programming and world class entertainment can be enjoyed by all. Prices range from $13.99 to $27.99 depending upon peak and non-peak times. When you order online, you can generally save $1-$2/adult ticket. Be sure to check the schedule as some time slots sell out. For more information, or to purchase your tickets by phone, call (407) 586-4423 or visit www.gaylordhotels.com.

The award-winning ICE! attraction is carved by a team of 40 artisans from Harbin, China. The talented artisans spend more than a month in Kissimmee/Orlando creating this one-of-a-kind attraction. The attraction is kept at 9° Fahrenheit. Be sure to dress appropriately: closed-toe shoes and long pants are required. Hooded winter coats are provided for your warmth and comfort inside the attraction and are available in a variety of sizes, including sizes for children. Hats and gloves are strongly recommended and may be purchased on site at the ICE! house gift shop.

With the addition of the “Dreamworks Experience” guests are now enjoying character breakfasts, parades, special activities during the summer and the holidays and, of course, merchandise, at Gaylord’s four resorts. These special vacation packages featuring the “DreamWorks Experience at Gaylord Hotels” went on sale in July 2011 and are still selling like “hot cakes.” Now that the partnership is in full gear, tourists will have another great reason to vacation in Central Florida. If you stay at the Gaylord Palms, you may not want to leave! Especially if you like being cold AND looking at beautiful palm trees (and of course, having Shrek around).