By Carla Sinclair-Wells on August 12, 2013 in Theme Park Ticket Deals 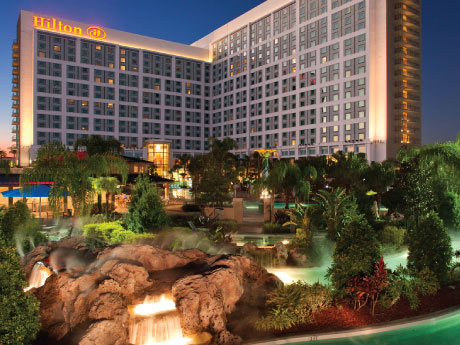 Luxury hotels team up with Orlando theme parks to offer great vacation deals this time of the year.

The 2013-14 school year has began. Children and parents arrange their schedules to accommodate the new demands of the family schedule. Summer fun and vacations are soon to be a thing of the past (for another year anyway). However, this is the time of year many Orlando theme parks offer their best deals. In fact, Visit Orlando (one of the area’s tourist development councils) has designated August 15th-September 30th as Orlando’s Deal Season. If you don’t have schedule demands that many families do because of school, you’re going to find some great discounted theme park tickets. Even on the weekends, when the kids are out of school, you can snag some Orlando attraction bargains.

The deals do not stop at theme park tickets though. Many hotels and vacation resorts have also cut prices to make staying in Orlando extremely affordable during this time of the year. Want a 2 bedroom suite for only $99 per night? The deals are out there!

Restaurants and theme parks are also offering specials on dining. SeaWorld and Universal offer all day dining packages with their vacation deals. You can get awesome deals with restaurants participating in “Magical Dining Month.” Some of the finest restaurants in Orlando participate in this yearly dining special. The menu is restricted to certain items at each restaurant in return for a great price on a fabulous meal. There are over 60 restaurants to choose from. Dining in Orlando is great during September!

For savvy travelers, they know to return to Orlando during this time of the year. Deeply discounted deals make it affordable and the lines at the theme parks are shorter; especially during the week days. If it has been awhile since you’ve checked out the Orlando theme parks, here are some of the new attractions you’ll want to see:

While school may be in session, it is not too late to have a great summer vacation. Take a day and spend it at a theme park. Spend an evening enjoying a dinner show. Finish your summer with some great memories. The deals are definitely upon us. Now is the time to enjoy all that Central Florida has to offer!