By admin on January 15, 2019 in Attractions Coming to Orlando, Orlando Tourism News

No, we are NOT new. In fact, we’ve been entertaining audiences with our hilarious Orlando dinner show for over 25 years. However, we’re still new to many tourists that come to visit this area. We also added a new script in 2017. So for many guests that haven’t been to Capone’s recently, our show will be new to them. Besides, with all of the audience interaction, every show feels like an original.

There are a lot of new fun things to do in Orlando this year. We agree with Visit Orlando. The following is their list which includes the other 19 new reasons to visit Orlando in 2019…

ORLANDO, Fla., Dec. 11, 2018 — Orlando, Theme Park Capital of the World®, will have even more character in 2019 with the launch of new theme park thrills, adventures beyond the theme parks, and all-new places to stay, play and dine. Visitors can get continuous updates on new attractions and planning tips at VisitOrlando.com,  the official visitor information source for the destination. 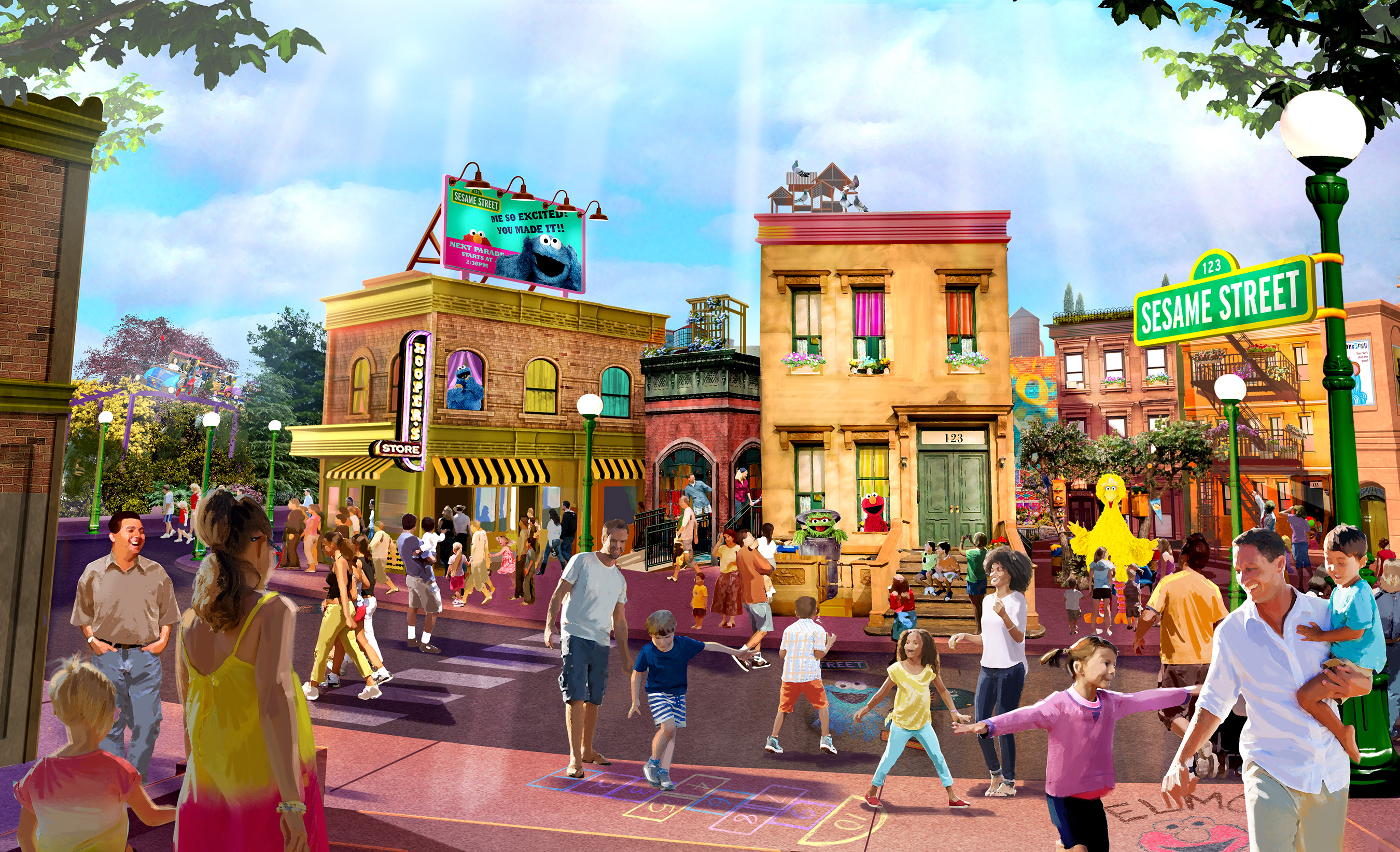 A new Sesame Street-themed land at SeaWorld Orlando is scheduled to open in spring 2019, complete with the iconic neighborhood, exciting rides, a parade and more. 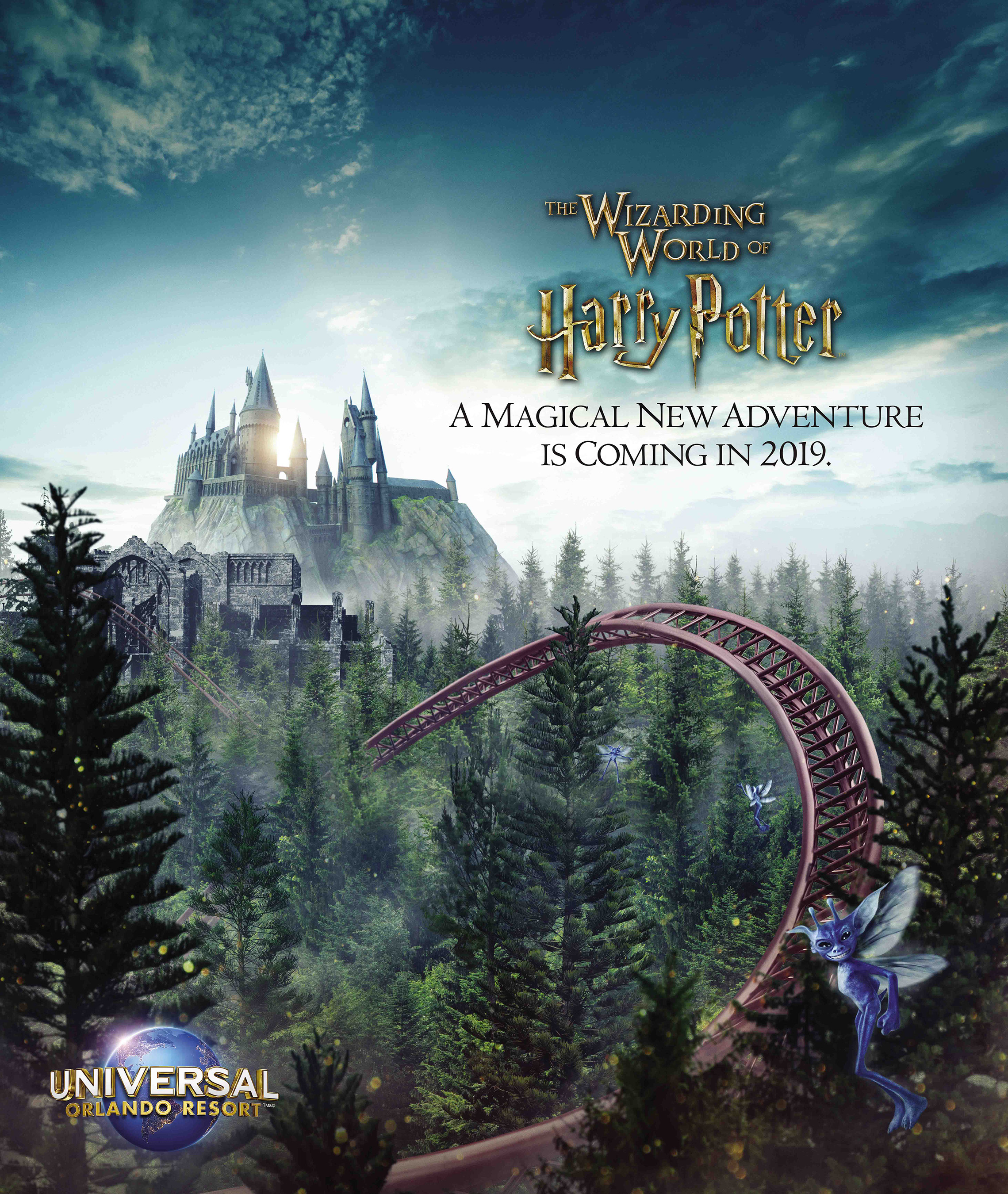 A new coaster, in place of the now-closed Dragon Challenge attraction, promises to immerse guests in an all-new adventure at Universal Orlando’s The Wizarding World of Harry Potter in 2019. 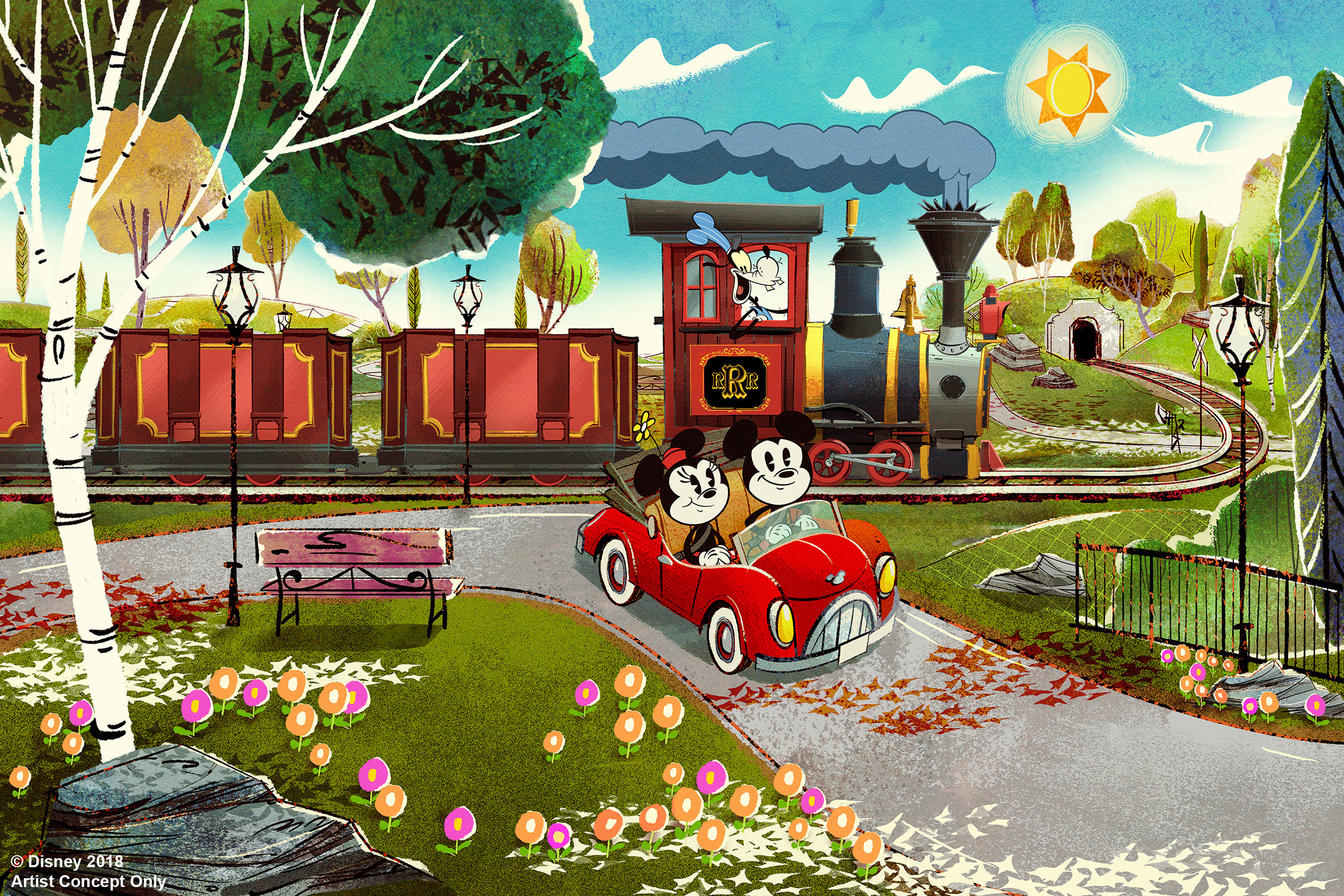 Guests will enter the world of “Mickey Mouse” cartoon shorts using new technologies to bring the flat cartoon world to life in this new ride at Disney’s Hollywood Studios. 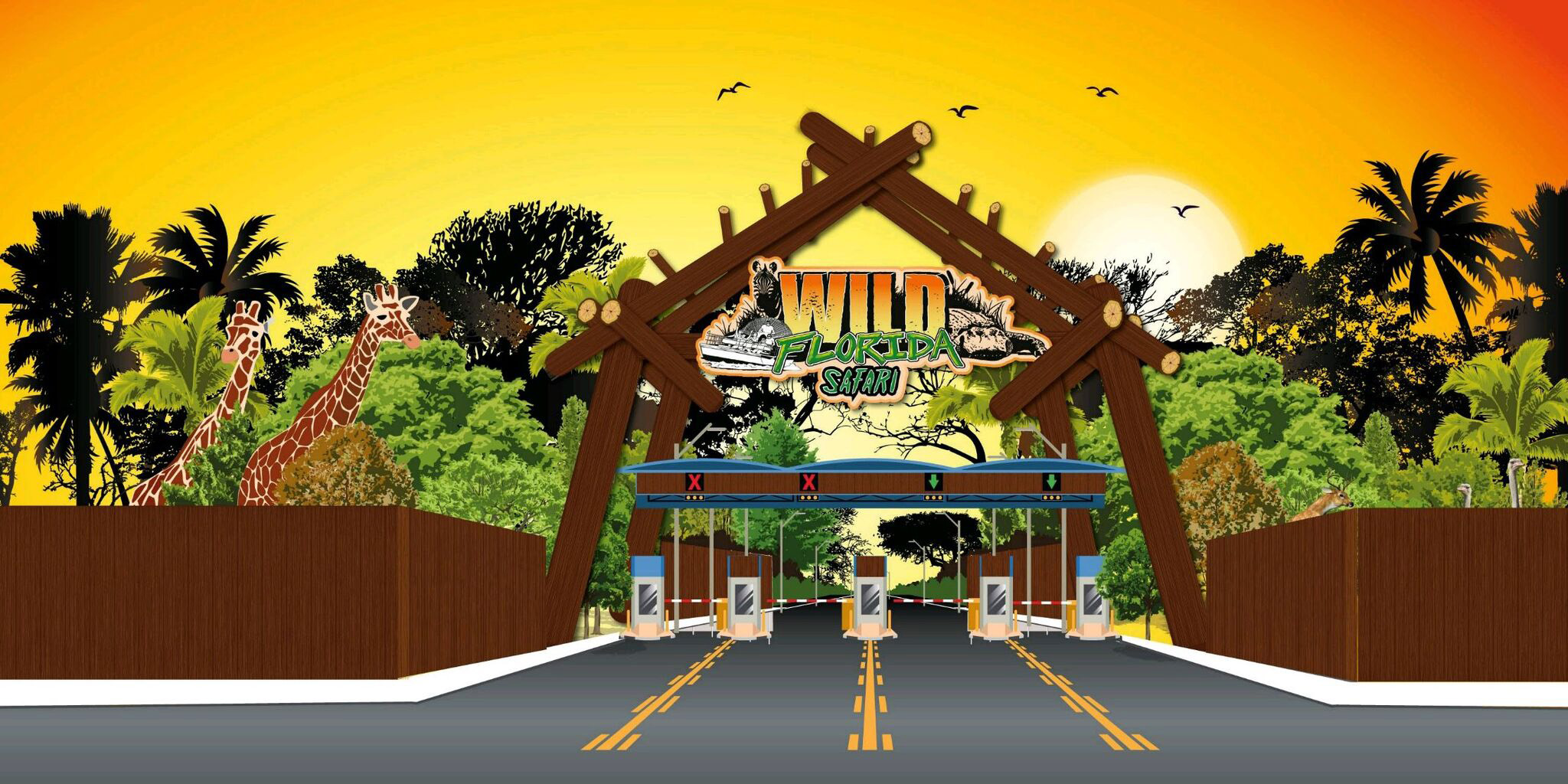 Wild Florida is expanding by more than six times its size to add a zipline and drive-through safari, bringing visitors nose-to-snout with giraffes, wild boars and other exotic animals. 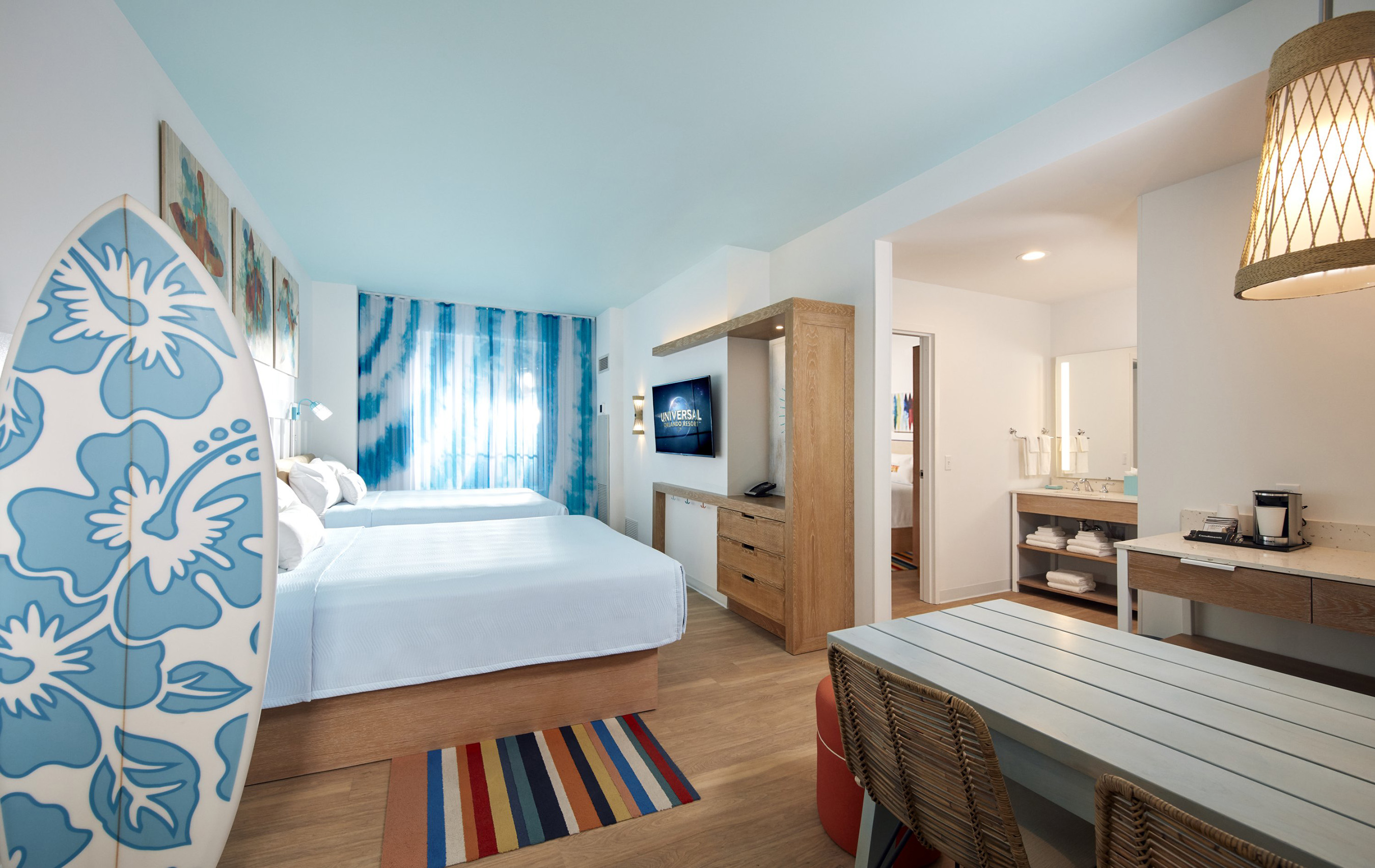 Surfside Inn and Suites at Universal Orlando Resort will open in summer 2019, the first of two new value hotels that will make up Universal’s Endless Summer Resort. 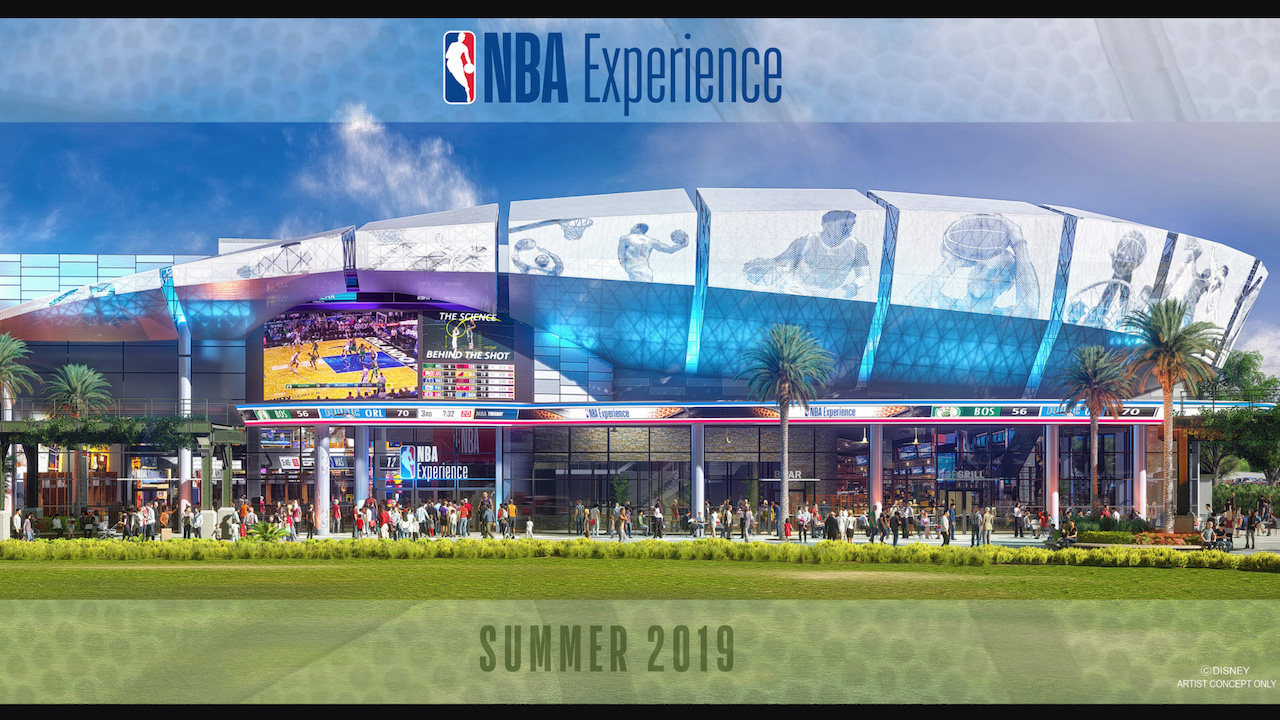 Disney Springs will welcome The NBA Experience, a state-of-the-art restaurant, complete with interactive games, in 2019.

Orlando theme parks have experienced unprecedented growth within the past five years, with ground-breaking expansions including The Wizarding World of Harry Potter – Diagon Alley, Pandora – The World of AVATAR and brand-new waterpark Volcano Bay. The thrills continue in 2019 with brand-new immersive lands, rides and experiences to excite both first-time and return visitors.

1. Star Wars: Galaxy’s Edge, a new land at Disney’s Hollywood Studios, opens late-fall 2019. Set on the remote planet Batuu, the area will feature two signature attractions, Millennium Falcon: Smugglers Run, putting guests in the cockpit of the famous space ship, and Star Wars: Rise of the Resistance, where an escape from The First Order turns into all-out battle.

2. A new Sesame Street-themed land at SeaWorld Orlando is scheduled to open in spring 2019. Guests can explore the iconic neighborhood, including the famous 123 stoop, exciting rides, the park’s first-ever parade, beloved characters and interactive experiences.

3. The Lego Movie World debuts at LEGOLAND Florida Resort in spring 2019, with three new attractions based on the 2014 film: Unikitty’s Disco Drop, Battle of Bricksburg and The Lego Movie Masters of Flight, a unique 180-degree rotating theater attraction with additional 4D elements such as smells and water sprays.

4. An all-new roller coaster thrill ride is coming to The Wizarding World of Harry Potter – Hogsmeade at Universal’s Islands of Adventure. Replacing what was once the “Dragon Challenge” double coaster, it is expected to be one of the most highly-themed coaster experiences that Universal Orlando has ever created.

New Reasons to Visit Orlando – NEW ADVENTURES BEYOND THE PARKS

8. Dezerland Action Park, Orlando’s largest indoor entertainment, events museum complex, will offer 800,000 square feet of family entertainment. In 2019, the Orlando Auto Museum, one of the largest privately-owned collection of automobilia in the world, will open as part of phase one. The 250,000-square-foot experience will boast over 100 TV and Movie Cars, including dynamic displays of Hollywood Cars, 007 James Bond, Batmobiles, Vespa Scooters, Military and Micro Cars.

9. Wild Florida is expanding by more than six times its size to add a zipline and drive-through safari, bringing visitors nose-to-snout with giraffes, wild boars and other exotic animals.

10. Epic Axe Throwing is the first-of-its-kind in Orlando, a rustic “sport” open to anyone over the age of 13. Guests will have coaches on hand to teach them the art in a safe environment, for a unique new attraction with a competitive “edge.” It opened in late-2018.

With record-setting visitation numbers and newly-added attractions, Orlando accommodations continue to experience significant growth. By the end of 2019, Orlando is expected to add approximately 6,000 new rooms.

11. Disney Riviera Resort, the 15th Disney Vacation Club property, is expected to open fall 2019 complete with a rooftop restaurant with views of both Epcot’s and Disney’s Hollywood Studios’ nighttime spectaculars. The resort will be part of the new Disney Skyliner gondola line, connecting the hotel along with three other properties to Epcot and Disney’s Hollywood Studios.

12. Surfside Inn and Suites at Universal Orlando Resort will open in summer 2019, the first of two new value hotels that will make up Universal’s Endless Summer Resort. The hotels, with rates starting at $100 per night, offer guests a more affordable on-site experience while keeping the perks of Early Park Admission and resort-wide transportation.

From international celebrity chefs to local culinary superstars, Orlando’s food scene continues to reinvent itself, pleasing both distinguished palates and cash-conscious families. It’s why Orlando is among the top 10 Best Foodie Cities in America, according to Wallethub.com.

16. The Orlando Forum’s ROCK Dinner Show is a one-of-a-kind, dining and entertainment experience that brings audiences of all ages through a high-energy musical journey of the Kings of Rock and Pop – from Prince to Elvis to Katy Perry. It opened in late-2018.

17. From the owners of local favorite and nationally-recognized bakery Se7en Bites, comes Sette, a rustic Italian kitchen offering pastas made from scratch.

18. The operators of one of Orlando’s most popular vegetarian restaurants, Sanctum Café, are bringing this new concept to Winter Park, Proper & Wild, serving plant-based dishes that focus on modern food trends.

19. The District GastroBar, a new upscale restaurant and bar, inspired by Orlando’s mid-twentieth century African-American music scene, will feature an open-air patio, beer garden, and a menu with Caribbean flare.