By Carla Sinclair-Wells on July 29, 2014 in Orlando Tourism News 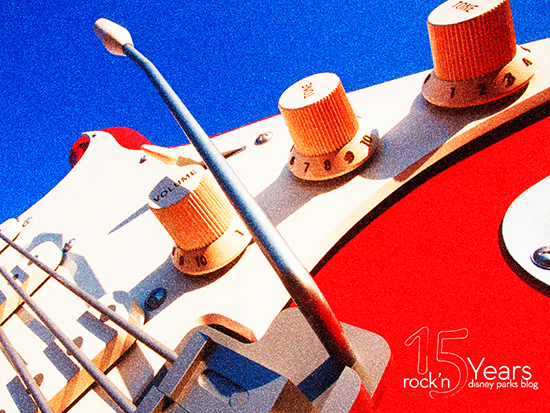 On this ride guests are taken on a tour of the G-Force Records music studio, where Aerosmith band members are wrapping up a recording session. When they realize they are late for a concert, they invite you along for a limo ride like no other! Rocket through the famous Hollywood sign and illuminated landmarks. The ride includes 3 inversions, 2 rollover loops, one corkscrew and hard-rockin’ music by Aerosmith echoing all around you.

Each experience on this Orlando attraction may be different since each vehicle features a different Aerosmith song or medley. You will hear one of nine of the following songs/medleys broadcast through five speakers – four around your head and one subwoofer under the seat:

Guests experience a G-force beween 4 & 5 when entering the first inversion. This never gets old, even though this attraction was the first coaster at Walt Disney World Resort to feature a multiple inversion ride. Many new ride experiences have been developed since 1999, but this is still a thrill.

Other fun facts about this 15-year old attraction are:

Congratulations on 15 years of rockin’ and rollin’! With all of the changes going on at the Florida theme parks, it nice to see a familiar attraction still going strong. Rock on!