By Carla Sinclair-Wells on January 1, 2014 in Orlando Dinner Shows

Last night’s final performance at Arabian Nights completed the year and 25 years of an Orlando dinner show which many people enjoyed. The talented horses will retire and the riders will go on to new jobs or careers. The final weeks brought sold out crowds and a fitting end to a dinner show well done.

Gaining some publicity in the Orlando dinner show news was a newcomer to the dinner theater business – Manor Professional Wrestling Dinner Theater. You heard correctly – a dinner show featuring wrestling bouts. Currently six shows are scheduled for 2014. Ticket prices are $89 for adults, $60 for kids 4-12 and free for anyone under 3 (discounts are available – look for a half off groupon or discount on open table). 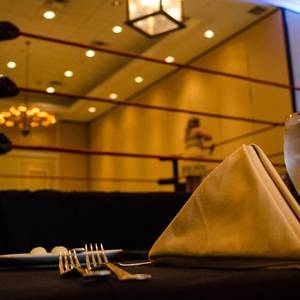 This new Orlando dinner show features a Renaissance Festival-themed story.  Guests have commented that “The matches were cheesy, but to me that is what made it fun.” Dinner consists of salad, roasted chicken, mashed potatoes and vegetables. A kids’ menu is also offered featuring chicken tenders and mac & cheese. Owner, Bryan Smith, is looking for a permanent building. Performances are currently held at the Osceola Heritage Park Exhibition Building.

Keeping steady (and even increasing in popularity) is Capone’s Dinner & Show in south Orlando/west Kissimmee. Look for another successful year for this prohibition era-style Orlando dinner show. When reading reviews on Trip Advisor, it is evident that this show is a winner. As with Arabian Nights, many of the staff have worked here for years which attests to the ownership’s dedication to their employees. Their popularity is also evident on other social media sites. They have over 7,000 “likes” on Facebook!

One question the new year will bring to Capone’s is whether they will stay with a one-show format, or if the two-show format will return. In a post earlier this fall, a poll was taken and those that responded clearly wanted the “Bugs Creates Chaos” show to continue with 50% of the votes. 35% wanted the “Marvel Strikes Back” show to be performed, with only 15% wanting the two-show format. Since the owner and staff are proficient in listening to their audience, it is expected that they will continue with the “Bugs” show only. However, if improvements can be made to the “Marvel” show, it could make a strong return and guests will once again have a choice.

2014 brings new resolutions and if one of those is to spend more time with the family and enjoy something new, an Orlando dinner show would be a great suggestion. Capone’s Dinner & Show is a family-friendly show and the food is great. Half price tickets make it one of the most affordable dinner shows still around. As you say good-bye to 2013, why not say hello to a new year with an evening out at Capone’s Dinner & Show? You’ll have a blast!