By Carla Sinclair-Wells on August 21, 2014 in Orlando Tourism News

This week’s theme park news has focused around 5 of our major theme parks – Disney, Universal, SeaWorld, Legoland and Busch Gardens. It has been filled with good news and not-so-good news. For the most part, the news is good as Summer comes to an end and the Fall specials begin.

Good news for Legoland as they begin accepting reservations for the summer of 2015. The five-story Lego themed hotel will feature 152 rooms and suites. The rooms will be brightly colored with pirate, kingdom or adventure themes.

The hotel will include a pool, restaurants (with a kid-size buffet) and filled with interactive play areas. Hotel guests perks will include early entrance into Legoland and be treated to nightly entertainment. Rates are thought to start at $249. 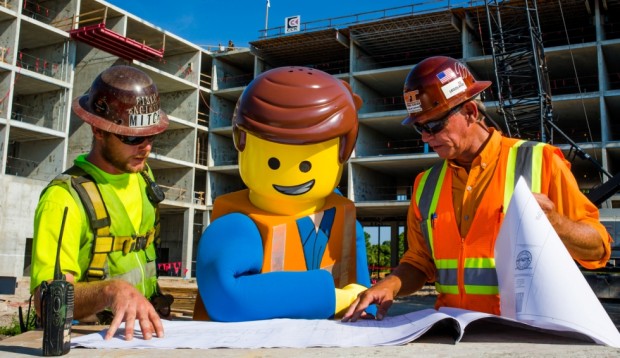 Starting in September, annual passholders to Universal Studios Orlando will receive early access to the Wizarding World of Harry Potter – Diagon Alley on weekdays. This means an additional hour to enjoy the busy park, which has been particularly crowded since Diagon Alley debuted in July. With usually long lines at the Harry Potter and the Escape From Gringotts thrill ride, these guest will surely try to get this in early.

Look for more perks to come to passholders this September. Universal is calling this month Passholder Appreciation Month. For details and future announcements, go to UniversalOrlando.com.

Festival of the Masters will not take place this November as it has for the past 38 years. The renovations being made in  Downtown Disney are just too crazy to have such an event this year. Construction continues in this area which will be called Disney Springs once complete.

Since Disney Springs has a target date of 2016, it is uncertain whether the Festival of Masters will be held next year, or ever. More than 130 award-winning artists usually participate, as well as live performance artists and other entertainment. Since there has never been a charge for admission, this event brought in people of all walks of life, making it a great opportunity to introduce fine art to a large number of people. Hopefully, Disney will bring this festival back.

Originally scheduled to open back in May, Falcon’s Fury is finally getting off the ground with a soft opening. A few choice park guests are getting to ride this thrilling attraction. There is still no word on an official opening date, but an announcement is expected soon. It is unfortunate that this theme park missed out on the summer season.

The deadline to file a petition concerning the judgement the federal appeals court has passed. This ruling upheld OSHA’s citation issues following the death of trainer Dawn Brancheau. It appears that SeaWorld is giving up its ongoing battle with OSHA. They will continue with their new training methods around the killer whales.

SeaWorld’s stock plummeted 33 percent this week after it reported weak earnings and lackluster attendance for the year. With the expansion of the killer whale pools, SeaWorld hopes to gain more favor in the next year. SeaWorld continues to lead the way in marine mammal display, rescue and education.