My Trip to New York City 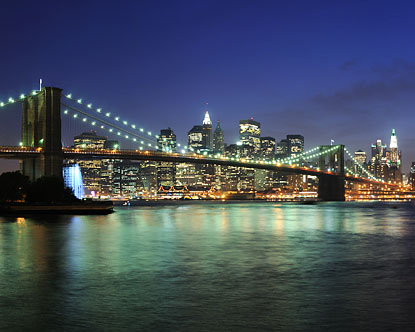 JANUARY 2011 - I have to preface this accounting of my trip to New York City with a disclaimer, I am not a travel writer and in fact have never written a word about my travels. I have done my share of ad writing and some blogging. My webmaster suggested I write about the shows that I was planning to see and from that sprung my first travel story.

On a whim I decided to take a break and visit one of my favorite cities. I must confess when I booked my itinerary I had a couple of glasses of wine. I used miles to book hotel and airfare. You think cheap trip, but there is no way to really do Manhattan on the cheap even with no cost air fare on Delta (except for the $92.00 R/T fair for two bags) and very inexpensive cost on a 4 1/2 star hotel.

The Hotel Benjamin has been a Manhattan treasure for nearly eighty years. It has a prime location across the street from The Waldorf Astoria. I decided to upgrade my hotel room to a suite for $80 extra per night. Honestly, to me, it was money well spent, because a standard room in Manhattan is tiny. The upgrade bought two balconies, a living area and a larger-than-average bedroom, plus a much improved view.

One of the reasons I have visited NYC so many times is Broadway Shows. I have to tell you, it is not an inexpensive hobby; two tickets to Billy Elliot were $280.00 with Tele-Charge fees, and two tickets to Jersey Boys another $250.00. I was unwilling to go the discount ticket route as I wanted good seats, and I knew the shows I wanted to see. Cocktails that you can take in the theatre sound good? Cashing that?s another $24.00 plus tip or you can get two waters for $10.00. I'm glad I am not into the merchandise. If I was I could have easily spent another $60 in a heartbeat.

It is unfortunate but a lot of shows are closing; there were 3 that I saw. The 2009 multiple Tony Award winning "Next to Normal" that I had on my to-see list was amongst the shows closing. The high cost of Broadway Shows in this economy is a luxury not everyone is able or willing to spend. Even at 50% off for left-over seats through TKS, you will still pay $300.00 for two shows for two people.

The only new show I noticed opening was Spider Man already in previews. They have had some issues as I am guessing you have heard including a 30 foot fall by a cast member into the orchestra attributed to human error. He is on his way back, and in fact, attended one of the previews since his accident. This much hyped show is sure to attract a large share of theatre spending.

I would highly recommend Billy Elliot it was a highlight of my trip. The staging was fantastic with Billy's bedroom rising from under the stage at several points in the show. Fast moving set changes took you from his home to a boxing class (Billy's father's wish) but Billy had different ideas as the set changed to a ballet studio and on to the Royal Ballet School in London. It is a heartwarming story of love, loss and triumph.

Jersey Boys I was not so fond of despite it also being a multiple Tony award winning show. The staging was boring. Across the back of the stage was a metal riser with stairs on either side down to the main stage. One of the main reasons I did not enjoy the show is the music of the 60's; it was just not my cup of tea. A monologue was carried on throughout the story rather than having the characters build the story. It has gotten great reviews, but entertainment is a fickle thing; you cannot please all the people all of the time. The show is very popular with a fine orchestra and talented singers.

Shopping and restaurants are also a great reason to visit NYC. We had a great experience in an Argentinean restaurant with steaks so flavorful they were almost sinful. Unfortunately I did not take notes and do not recall the name of the restaurant. After leaving Billy Elliot we were thrust into a chaotic Times Square. The lights and huge videos were dazzling, chain restaurants a plenty and great shopping all in one place. It was too crowded for me so we began walking back towards our hotel when we stumbled on this gem of a restaurant.

We also dined at the Bull and Bear at the Waldorf Astoria which claims to be the second best steakhouse in the world. It was certainly priced as such, but honestly, we were not impressed with the meal but did enjoy the atmosphere.

On our first night in the city we met a friend of mine who lives in the city on the west side. The restaurant was called Vinyl for good reason. It was as much a 70's disco as it was a restaurant. The food was mediocre but the atmosphere was great fun.

Lastly I am going to cover shopping, although we were closest to acclaimed Fifth Avenue shopping, we actually enjoyed shopping in So-Ho more. With an eclectic selection of shops and mostly reasonable prices it was a great way to spend an afternoon.

I love New York and look forward to my next visit, but it is an expensive trip no matter how you cut it.

Capone’s Dinner & Show is happy to supply our media partners with information, photos or any other files necessary to help us promote our dinner & show.

Please Note: PDFs open in a new window and require Adobe Reader. If you need any file provided in another format, please contact our webmaster.

Our Videos Are Available for Sharing on our

If you have a specific need, not covered by the information provided in this press release, please contact Lori at (407) 397-2378, or send an E-mail to info@alcapones.com.

If you would like to request a particular photo, graphic, logo or other Capone's Dinner & Show image, please contact our webmaster.

"Al" is great at keepin' your address a secret. He's also been known to throw out a "bonus" every once-in-a-while. Capisce?