Archive | Worth the Drive

By Carla Sinclair-Wells on May 13, 2010 in Spotlight Orlando Attraction, Worth the Drive

Dinosaur World is located in Plant City, FL, and is just off I-4 between Orlando and Tampa.  This attraction features over 150 life-size dinosaurs!  There is a dinosaur museum, which is very educational on everything from dinosaur eggs to raptor claws.  There are a Fossil Sig and Boneyard, where you can search for fossils in a real paleontological setting.  They have a life-size skeletal garden, gift shop, and picnic area.  Dinosaur World also features ‘caves,’ where you can picnic in a unique setting including a video theatre. Children will enjoy the playground area. This is a great, educational, affordable attraction where you can take the kids, or a group of children for a field trip. (Reservations required for group rates.)

Regular admission prices are $12.75 for adults,  $9.75 for children ages 3 to 12,  $10.75 for seniors over 60, friendly pets on leashes – free! And if it’s your child’s birthday (ages 3-12, proof required), they get in for free! Military personnel also receive free admission with an active military ID and their dependents receive $1 off. Dinosaur World’s annual passes offer discounted prices as well as 50% off exhibit admission to Fantasy of Flight. This offer is good until December 31, 2010.  They also participate in the Orlando Smiles program.

So if you’re a dinosaur enthusiast or you just want to check out something different, Dinosaur World is worth the drive. 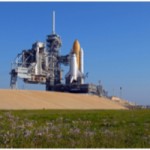 Right now, the six astronauts that are scheduled to fly the Space Shuttle Atlantis are making their final training preparations.  Atlantis is currently in place at the Kennedy Space Center on Launch pad 39A. On this mission, called ‘STS-132’, the six-member crew will be traveling to the International Space Station. There, they will deliver an Integrated Cargo Carrier, or ICC, and the Russian-built Mini-Research Module-1, or MRM-1.  Three spacewalks are planned to stage spare components outside the station.

This will be the 34th shuttle mission to the station and the last for Atlantis. The launch is scheduled for May 14th at 2:20pm EDT. The next mission, STS-134, Shuttle Endeavour, has a launch target date of If you have not witnessed a launch, or even if you have, it is an awesome sight to see, so be sure to check it out! 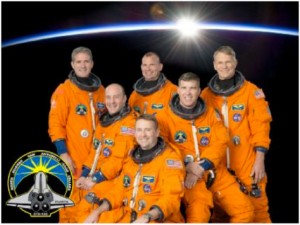 The Crew of Atlantis STS-132 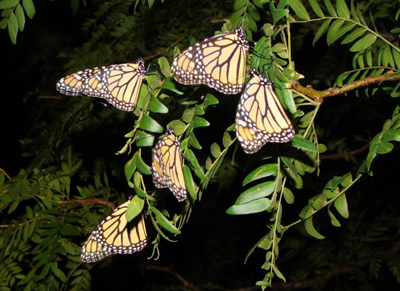 Instead of just giving Mom flowers for Mother’s Day, why not give her an entire garden?  Not only can you give mom a day to remember, you can also give her every mom’s favorite thing, TIME with you. Harry P. Leu Gardens contains 50 acres of southern styled gardens including the largest formal rose garden in Florida. Leu Gardens also features a two acre tropical steam garden, a butterfly garden, America’s largest Camellia garden (outside California), and much more!

The historic house of Harry Leu, originally built in 1888, has been meticulously restored, and you can take a guided tour.  The tours last about 20 minutes, and are offered on the  hour and ½ hour between 10 to 3:30 daily.

To see all the gardens, there are scenic paved walkways that total about 3 miles, so be sure to bring your walking shoes.  Oh, did I mention this gift is also easy on the wallet?  Free admission for moms on Mother’s Day. The gardens are open daily (except Christmas Day) from 9am to 5pm, with $7 admission for adults.

After a great day at the gardens, you’ll still have plenty of time to treat mom to Capone’s Dinner & Show at their beautiful theatre! Click here for their special Mother’s Day offer. It will be a Mother’s Day your mom will remember and treasure.

Tourists heading through Florida this weekend may notice a large number of motorcyclists, especially on the Turnpike near Leesburg. It is the annual Leesburg Bikefest – the 14th annual. They expect well over 200,000 people to attend this year, especially since the weather forecast is near perfect for this type of event.

With vendors, entertainment, food, bike shows and more, it promises to be a great event. Let’s help keep everyone safe. During this weekend, and ALWAYS, pay special attention to my fellow-bikers. Ways to help keep them safe are written in my previous bike week article posted here. So look twice, save a life, and enjoy Leesburg, it is a beautiful area to visit and worth the drive – on two wheels or more. 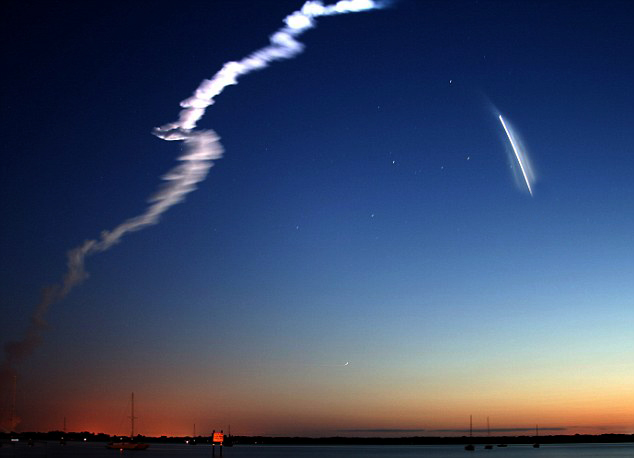 With the hint of light in the early morning skies, Space Shuttle Discovery launched this morning – spectacularly. If you’ve never been to a launch, words simply cannot describe this awesome display of power. Words cannot emulate the extreme amount of American pride each citizen of our country felt this morning as hundreds watched the trail of smoke dissipate into the bluing sky. This morning, I shed a few tears, as I often have during a space shuttle launch. However, today they were not just tears of pride; today, they were also tears of sadness. With so few launches left, this great American example of greatness will no longer be a part of our nation. With so few launches left, thousands of my neighbors will be out of a job. With so few launches left, the state of Florida and future generations will experience a loss unlike any other.

Space Shuttle Discovery traveled into space to deliver supplies to the International Space Station just as the sun began to hint at the horizon this morning.  One of four final shuttle flights NASA will complete before retiring the orbiters we’ve become accustomed to. With other American astronauts and Russian cosmonauts waiting their arrival at the ISS, I wondered, what other country is at the dawn of their space program, waiting to take this opportunity to surpass our nation in space travel and scientific discovery? Russia? Japan? Another country? Wake up Floridians! Wake up America! Those tremors from launch pad 39A this morning should be telling us something!

The moon exploration program, Constellation, has already been canceled. We’ve already been given a date for the ‘end’ of our nation’s support of the space station in 2020. This is, of course, relying on others to provide service to the station for the next 10 years. Other countries and people – not my neighbors who will be filling out job applications and paperwork for unemployment. No, our country will be paying other countries and foreign companies to do our work. Other countries will be the ones making scientific advancements – not the U.S.A. Talk about a trail of smoke!

Today’s launch, with all of its greatness – including marking the most women in space at one time (4) – will be one of our last. The next launch (Atlantis) is scheduled for May 14. Then July 29 the Endeavour is scheduled to launch and then September 16 the Discovery will make its final delivery to the ISS. I strongly urge anyone who has not witnessed a launch to do so. Take the time to gather the children and grandchildren and drive to Kennedy Space Center and experience this great American achievement. Plan a vacation to Florida to include one of these dates. Don’t miss it…you’ll not regret it.

When president Obama visits Florida next week, he will elaborate on his vision for American space exploration. I’ll hold my breath, as I did this morning, that this great American dream will continue to light the dawn’s early skies.