For the past 5 years, me (Al) and the gang at Capone’s Dinner & Show did NOT offer a Super Show as an alternative to the Super Bowl. The mobsters took a much-appreciated break. The gang is doin’ it again. We will be closed Sunday, February 2, 2020. 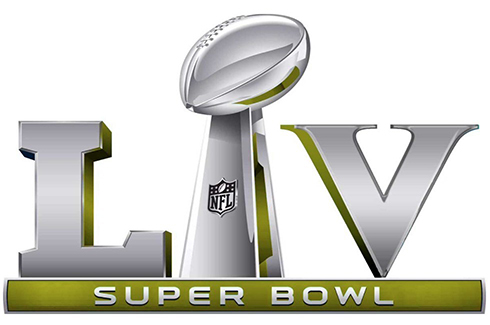 Instead of a Kissimmee dinner show that’ll knock your socks off, the wise guys & gals have put together some fun statistics that jus’ might knock the wind right outta yous. The figures behind how much money Americans spend for the big event will make even the Big Bosses squirm. We’re talkin’ billions on merchandise (food, team apparel and TVs), millions on bets (of course gamblin’ is one of my specialties), an average game ticket price is $9,590 and many more brow-raising expenses. Here are some other interestin’ facts ‘bout Sunday’s game.

After all those wings bein’ devoured and money changin’ hands, a fun night at Capone’s will be in order. Regardless if your team wins or loses, a night with me and the gang is a great way to recover after a big game hang-over. Reserve your tickets at half off and enjoy savin’ money instead of shellin’ it out like yous jus’ did on the football contest.

Capone’s Dinner & Show is open every night (except on Super Bowl Sunday). After takin’ a night off, the guys and gals will be super-charged to put on a hilarious show. I’ll see yous soon!

The Super Bowl hype is in full swing. The sports channels have hourly reports on the big game, its athletes, teams and even the commercials. Big screen televisions are being purchased at a fairly good rate, despite the economy. I have to admit, it would be a good time to buy one, if I were in the market to. There is even a Super Bowl App you can download for your smart phone. The excitment is definitely building as millions prepare to watch the New England Patriots take on the New York Giants.

Here in Orlando, there are hundreds of bars and restaurants offering Super Bowl parties. The largest screen in town will be located at Wall Street Plaza. Pre-Game party includes Free draft beer from 5-6pm.  Games where you can win cash, prizes and gift certificates every quarter. All eleven Miller’s Ale Houses will also offer drink specials, prizes and raffles.

If you’re looking for catering at your home party WildSide Bar & Grille is offering a $10 Cash Card to use in March with any carry-out order of $50 or more on Game Day. Morton’s Steak House is also promoting their catering options for the Big Game.

Even the Walt Disney World Swan and Dolphin Hotel have a Super Bowl special in which residents from New York and Massachusetts receive a free night at the Orlando hotel when booking two nights at the standard price. Once you’re at the hotel, watch the game at Shula’s on the big screen while dining on premium steaks from the two-time Super Bowl Champion, coach Don Shula.  Shula’s in Lake Mary will also be showing the game.

There are so many choices for folks that WANT to watch the Super Bowl, but what if you simply don’t care for football, or at least, don’t care to watch THIS game? Capone’s Dinner & Show would like to invite you to their show on February 5. Not only will you enjoy the fabulous show, Capone’s is giving away a free tapper glass to every guest (excluding infants) this Sunday. It’s a great way to see a Super Show instead of the Super Bowl. Tickets are half price when you order them online. The ‘team’ is anxious to serve you at Capone’s this Super Bowl Sunday. Avoid the football frenzy – you’re gonna have a blast!

This gang is ready to serve!