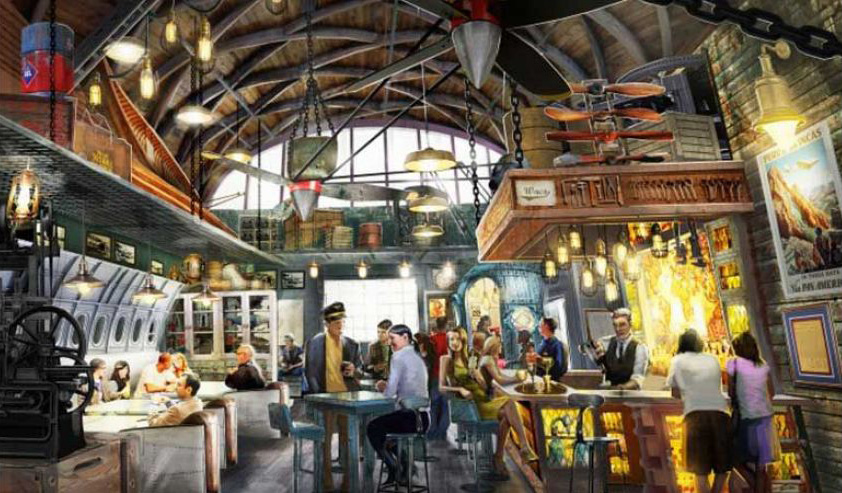 Jock Lindsey’s Hangar Bar will officially open to the public on September 22nd. This new Orlando themed restaurant is just one of the many venues “springing” up in Downtown Disney, as it continues it’s final transition into Disney Springs. While Jock Lindsey’s Hangar Bar is not an Orlando dinner show, it should provide plenty of entertainment merely by its décor.

The themed restaurant is based off the 1981 Indiana Jones movie Raiders of the Lost Ark. The décor is meant to be reminiscent of the 80’s adventure flick, highlighting the unusual experiences of the beloved pilot, Jock Lindsey. With spare plane parts and odd travel mementos garnishing the interior, this new Orlando restaurant is sure to be a hit. Take your time and enjoy checking out the details while having a beverage or a meal.

Jock’s now dry-docked Steamboat, Reggie, also makes an appearance, offering a great outdoor view with seating just outside the hangar. Positioned between the Boathouse and Paradiso 37 (soon to be expanded) and facing the lake, the view at Jock Lindsey’s Hangar Bar will provide a great dinner show, especially for people watching and perhaps a beautiful sunset.

How to Get to this New Orlando Themed Restaurant

Because Disney Springs is still being constructed, transportation will see some changes over the next year. The best advice is to use Disney transportation, especially if staying at the Resort. If you are driving to Lake Buena Vista, follow the signs to Downtown Disney / Disney Springs. From I-4, take exit 67 and follow signs to available parking. Most parking offers less than a 5-minute walk. More parking is on the way and will remain free of charge, except for valet parking. Taxi service is also an option. Arrive early. If coming to see a show, arrive at least an hour ahead of your show time or reservation. 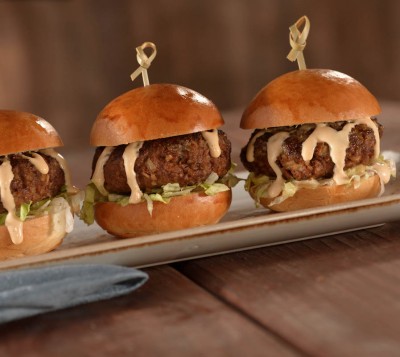 The food and beverage offerings at Jock Lindsey’s Hangar Bar appear to be nothing to scoff at. Inspired by Jock’s worldly exploits, a range of small plates will be offered, including Dr. Elsa’s She-Deviled Eggs (topped with lumps of crab meat and beet juice) and Tanis Tacos (consists of falafel, shredded lettuce and cucumber-tomato salad), while cocktails sport fun names such as ‘Reggie’s Revenge’ and ‘The Bitter Barkeep.’ It appears guests will be getting to taste the world when they dine in the 150-seat hangar, as the menu is graced with flavors from Mexico, Asia, Scotland, and many other places Jock has explored.

While the food looks good, it’s safe to say the main draw to this restaurant/bar is the experience of immersing yourself in the world you first explored back when Raiders of the Lost Ark was released. Jock Lindsey’s Hangar Bar is an extension of the adventures we first enjoyed on screen, only this time guests will taste flavors from around the world instead of the buttery popcorn they surely enjoyed the first time they met Jock and Indy.