By Guest Writer on March 27, 2013 in Spotlight Orlando Attraction

Orlando attraction planning is not complete until you have added Universal’s Islands of Adventure. Called “the most high-tech theme park in the world,” it is one of the best additions to Universal Studios Florida. The great thing about this thrilling theme park is it does not limit their shows and rides with themes based only on Universal films. 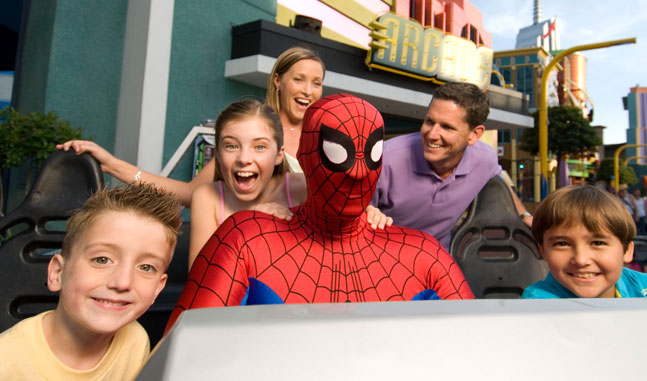 With the exception of three “lands” themed around Universal, the remaining themed areas were created about characters licensed to their rival studios. These studios do not own their own theme parks. Adding attractions at Universal’s gives them the representation they need through excitement.

Port of Entry – The Pharos Lighthouse, the park’s iconic centerpiece, marks the park’s entrance. Port of Entry, the main entrance is home to Guest Relations, aptly named The Open Arms Hotel. Multiple gift shops are in this area.

The Lost Continent – Ancient myths and epic legends provide enjoyment of going back in time.

Jurassic Park – Named after Universals famous movie, this “Island” is a perfect place for science. Used as magic, it brings things back to life. Made famous for its distinctive dinosaur experiences, it is the largest of the islands at this Orlando attraction.

Seuss Landing – Enjoy whimsical tales played out right in front of you by your favorite Dr. Seuss characters.

Toon Lagoon – The name says it all. This hilarious cartoon island will have everyone in your family non-stop laughing. 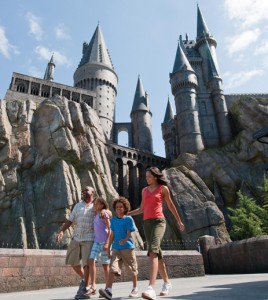 These are just a few of the islands available to visit. Its newest attraction, “The Wizarding World of Harry Potter” should not be missed. It is by far the most popular attraction currently featured at Universal Orlando. Travel over the towering Hogwarts castle gateways. See the sights of the familiar passages, laboratories and corridors.

There is so much to see at this Orlando attraction. You will want to purchase a multi-day ticket. Make sure you visit Universal Islands of Adventure. Being immersed into the action through shows and rides will have you living the adventure with the characters. You haven’t lived until you are chased by a giant dinosaur. Let the adventures begin.