Unlike many Orlando dinner shows, Capone’s Dinner & Show has many, many repeat guests. (We like to refer to them as repeat offenders.) It is not unusual to meet people who have seen our show over a dozen times. How many other local dinner shows can say that?

The popularity and frequency is due in part to the variety of highly professional shows we have put on over the years. An all-new show was introduced just last year in December of 2012; before that, a new show (sequel to the original) was integrated in August of 2007. These new shows keep guests coming back for more, along with the fact that no two shows are ever alike, because there is a lot of audience participation and stand-up, off-the-cuff comedy performed by our talented cast. 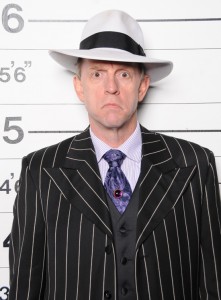 Because of this demand, Capone’s Dinner & Show is working toward integrating a multi-show schedule. Want to see the show featuring Bugs Moran, Sunny & Honey? You’ll soon be able to (again). Back by popular demand, this version of the original show’s sequel brought about a huge following, and the cast is anxious to get back into these delightful characters. The show name is “Bugs Creates Chaos” – look for it on our schedule to be announced in the coming weeks. 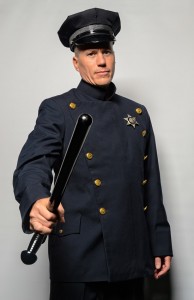 If the newest show featuring Bunny June and Fingers Salvatorio as new parents strikes your fancy, then it will still be available on certain nights. This show brought back an original show favorite character, Detective Marvel. The show name is “Marvel Strikes Back” – schedule to be announced in the near future.

The current show features an exciting gangster giveaway where guests who “catch a bullet” win big! The shoot out is so popular, it is being written into both shows, so guests attending either production will have an opportunity to take home a gift. Bring out the big guns!

Either show, you’re going to enjoy a delicious dinner buffet. Included with all of the Italian/American food favorites is an all-new meat carving station with steak, turkey and pork tenderloin. Recently added, as well, is a fresh salad bar filled with seasonal favorites. Unlike many other Orlando dinner shows, we feature a beverage selection in which ALL choices are included in the ticket price, including wine, beer and cocktails. Perhaps this is another reason our guests return again and again to Capone’s Dinner & Show.

The multiple show schedule may begin as early as August. Check the web site’s show page for updates. As soon as the schedule is set, the wise guys will be sure to rat it out, um, I mean, let you in on the rumble (news). Until then, enjoy the current show – the sequel to the sequel “Marvel Strikes Back.” It’s a blast!