By Carla Sinclair-Wells on February 24, 2013 in Attractions Coming to Orlando 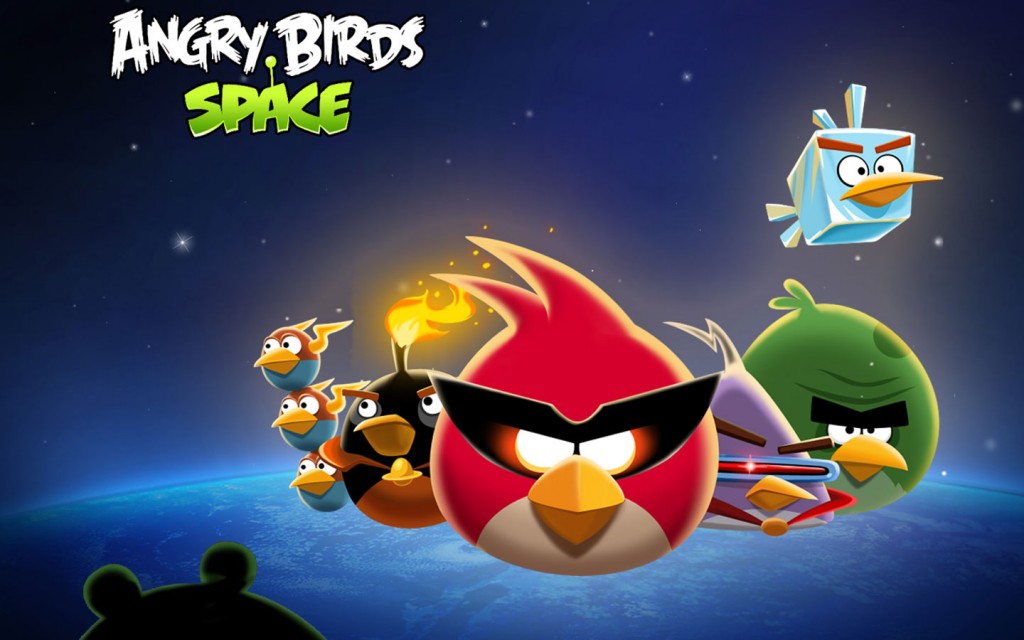 A new space encounter attraction at KSC is coming in March. Guests at this Central Florida theme park will have the opportunity to enter the Angry Birds wormhole and choose to interact with several exhibits featuring the famous birds. Even guests who are not familiar with the game may be drawn into this interactive experience.

Angry Birds is a video game that started as a simple Apple iOS download for touchscreen devices late in 2009. Its popularity prompted developer Rovio Entertainment to design versions for other operating systems, including video game consoles and PCs. The game began as a player using a slingshot to launch angry birds at pigs with the intent of destroying all the pigs on the playing field. Since then, it has evolved with numerous levels, updates, versions and editions. There is even talk of a feature film or television series in the future. The game is addictive, comical and, because of its low price, has been downloaded over 1 billion times.

At the Kennedy Space Center Visitor Complex guests will be able to interact with the Angry Birds in several different ways. They can create their own Angry Bird on a computer screen; these wingless birds have all sorts of outfits, feather/hair color and accessories. However, their eyebrows are always pointed downward in a scorned position even when the character seems to want to smile.

If puzzles are your passion, there will be an Angry Birds sliding puzzle game at the attraction which upon success will reveal an Angry Bird character. There will also be, of course, the opportunity to show off your slingshot skills in an Angry Birds target game. You can also experience the Danger Zone mirror maze, the Red Planet Laser Challenge and have a photo taken with the Angry Birds (on a green screen background) to remember your experience at this Central Florida attraction.

With Angry Birds rated as one of the most mainstream and popular games out there, KSC is hoping it will bring guests in and give them yet another fun thing to do in Central Florida. It has already been a success at a Finland amusement park called Särkänniemi where an entire portion of the theme park is dedicated to Angry Birds rides and games. So who knows how far these birds will fly here in Central Florida!

The cost to enter the Angry Birds wormhole is included in the price of admission at KSC. Adult tickets at this Florida attraction are usually $50 while children cost $40. Information and tickets are available online at www.kennedyspacecenter.com.