By Carla Sinclair-Wells on August 20, 2010 in Dining & Nightclubs, Entertainment

In the mood for a little different spin on a dinner show? The Hard Rock Hotel at Universal Orlando features Velvet Sessions, a rockin’ cocktail party.  Held the last Thursday of every month (November & December are excluded). Each “session” combines creative cocktails with live music from some of the hottest rock bands. This 21 & over party features a different band and showcases a different beverage theme each month. Some of the past performers include: The Romantics, Joan Jett, Eddie Money, The Tubes, The Fixx, ABC, Foreigner and more. 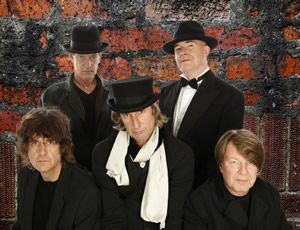 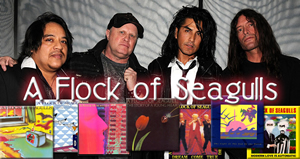 Musical guests such as “The Fixx” have performed at Velvet Sessions. This English rock group is best known for hits such as “One Thing Leads to Another,” “Deeper and Deeper” and “Are We Ourselves?”  Other popular groups, such as “A Flock of Seagulls,” a New Wave/Pop/Rock band from the UK have performed at Velvet Sessions as well. They are best known for songs such as  “I Ran (So Far Away),” “Wishing (If I Had A Photograph Of You),” “Space Age Love Song” and many others.

Velvet Sessions admission varies, around $50 online, $55 at the door,** and includes FREE specialty drinks, finger foods and warm-up tunes, starting at 6:30pm. VIP tickets are also available. Cash Bars and Band from 8:30pm and onwards. The food may not fill you up, so I’d recommend not arriving hungry. The show is sure to be enjoyable depending upon the performer, so try to hit one of these Thursdays.

Go to the Hard Rock website to find out who will be playing and learn about other upcoming special events! You can request an online invitation as well.

Since the Velvet Sessions Orlando dinner show only occurs on the last Thursday of the month, the gang at Capone’s Dinner & Show invite you to spend ANY day of the month with them at Orlando’s best dinner show deal. Purchase your tickets online and you’ll receive a full course dinner buffet – complete with salad, bread sticks, many entree dishes and dessert – along with a spectacular show for only $32.99 + tax for adults and $20.99 + tax for kids 4-12. Our bar is open throughout the show and you won’t pay an extra penny for unlimited drinks! That’s one of the many reasons folks “flock” to our dinner show every evening and get their dinner show“fixx.”