By admin on April 20, 2018 in Entertainment, Worth the Drive

One of the best things about the dinner show near me is the unique prohibition era show that Capone’s offers. Unlike the other Kissimmee dinner show, you won’t find it at 8 other locations throughout the US & Canada. No sir. It is the one and only. Enjoyable and affordable too!

So when I discovered another prohibition era show called “Happy Hour Prohibition – The Musical,” well, I just had to read all of the details. No, you won’t find this pre-dinner show near me in Orlando or anywhere near you (most likely, anyway). For this, you’ll have to take to the high seas! 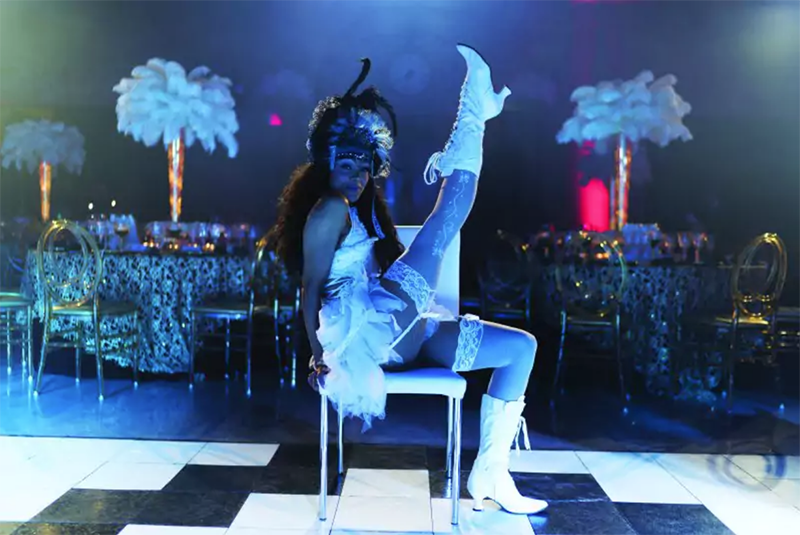 Tantalizing madams will regale you with tales of bootleggers and some of the era’s most famous tunes. 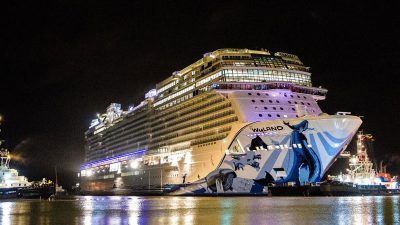 Norwegian Cruise Line’s, Norwegian Bliss, will officially be christened in Seattle on May 30. However, the ship will stop in Port Miami on it’s way to its summer home. Next winter, it will set sail from its home port in New York. It is the cruise line’s largest ship holding 4,004 passengers. It offers destinations that include Alaska, Eastern Caribbean, Mexican Riviera, Bahamas/Florida/New York, Panama Canal and the Pacific Coast.

Wishing This Dinner Show Near Me

What does this cruise ship have to do with a newly discovered prohibition era show? The Norwegian Bliss is where you’ll find the new interactive show, Happy Hour Prohibition – The Musical being performed. It is certainly not a dinner show near me, but I can certainly wish for me to be near it someday!

Unlike Capone’s Dinner & Show set in gangland Chicago, this show will take to back in time to the world-famous Madam Lulu’s New Orleans speakeasy. A speakeasy set in the Big Easy!

Tantalizing madams will regale you with tales of bootleggers and some of the era’s most famous tunes. You’ll be dancing in the aisles, rocking the ship. This show takes place back in time to the eve of the Prohibition era. Of course, the cruise line will be offering once forbidden spirits of their own, each with a modern twist. Afterall, our drinking habits have changed significantly since January 16, 1919.

If this pre-dinner show isn’t enough to tempt you to come aboard, the Tony Award-Winning Broadway show, Jersey Boys, will also be performed aboard the Norwegian Bliss. Another show being performed will take you back to the 1950’s to ¡HAVANA! A show that celebrates Cuba’s music and culture. As with most cruise lines, the entertainment will be top-notch.

Of course, there is the ship itself featuring a 180-degree observation lounge. A ‘ship-within-a-ship’ called The Haven has its own penthouses, spa, sunbathing deck, and restaurant. The Norwegian Bliss also includes six infinity hot tubs as part of its two-pool sundecks. Also on board are a kids’ aqua park (with a cool slide), a decorative oversized chocolate fountain, The Cellars wine bar, the Mandara Spa, a fitness center, casino and much more. Are you ready to pack your bags? I am!

To book a cruise and see the show on the Norwegian Bliss, call 888-625-2784 or visit www.ncl.com for details. To make a reservation at the dinner show near me, go to alcapones.com. Both shows are unique and are sure to be unforgettable. 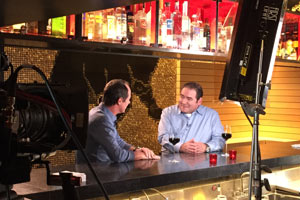 If you enjoy traveling around the state of Florida and checking out fantastic dinner spots, a relatively new show can give you this experience without leaving the comfort of your own home. The hit TV show is called “Emeril’s Florida,” and in the next few weeks, it will include several episodes featuring restaurants in Orlando and the Space Coast.

Airing next week, Emeril’s Florida will travel to the Space Coast and visit three restaurants – the Cocoa Villiage “Cafe Margaux,” “The Fat Snook” located in Cocoa Beach and finally “Cafe Coconut Cove” in Melbourne. With these restaurants just a short drive away, you may be persuaded to check them out for yourself. A cooking show wouldn’t be complete without a cooking segment, and this episode will include a dish prepared by Emeril featuring fresh, local seafood – Florida Lobster with Pappardelle. Yum!

The first week of February, Emeril’s Florida will be right here in Orlando, Florida! The restaurants featured within this episode include “Four Season Resort Orlando” at Walt Disney World, “Scratch” restaurant in Winter Park, and “East End Market”  a food hub located at 3201 Corrine Drive, Orlando, FL 32803, where farmers and food artisans have staked out a little piece of food heaven, including a 7-seat Japanese eatery that is one of the hardest places to get a reservation in all of Orlando. The cooking lesson for this episode features Potato and Florida Lobster Croquette.

Too bad Emeril won’t be dropping by the Kissimmee dinner show at Capone’s. Mama Capone could give him a tour of the kitchen where all of the fresh pasta and homemade dishes are prepared each night! The wise guys could really show him an entertaining show which runs every night for a little over two hours.

These stay-at-home dinner shows last 30 minutes and air on the Cooking Channel and the Food Network. Not a bad way to visit the state’s top restaurants, resorts and events. After all, Emeril Lagasse can be a pretty good personal travel guide.

However, after watching the show on television, you might be a little hungry. After all, it’s hard to see all of that delicious food and not be able to eat any of it! Bring your appetite to Capone’s Dinner & Show. The buffet will fill you up and the show will keep you entertained. You will have to leave your home, but your travels will be worth it! 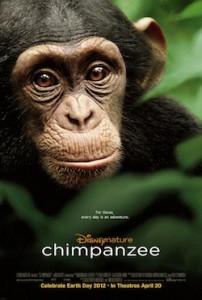 While many people celebrated Earth Day this weekend, Disneynature is giving everyone an opportunity all week to help make a donation to the Jane Goodall Institute for the Disneynature Tchimpounga Nature Reserve Project. This is where Oscar, the star of the film “Chimpanzee” lives in the forests of the Ivory Coast.  Disneynature will contribute $.20 per ticket purchased through April 26, 2012 and have pledged a minimum of $100,000 to this program. These donations will help protect chimpanzees and their habitats.

The film took more than four years to make, due to the dense forest and chimpanzees being difficult to capture on camera. It is narrated by Tim Allen and directed by Mark Linfield and Alastair Fothergill who are well-known for the first Disneynature branded film, ‘Earth’ and the popular ‘Planet Earth’ television series. As with these other films, Chimpanzee brings you breathtaking footage in the forests and is a must-see for any nature-lover.

Chimpanzee is a story of a young chimpanzee named Oscar. It captures his life full of curiosity, play and trouble. When a rival band of chimps move in, Oscar’s mother goes missing and he is left to fend for himself. When Oscar was orphaned, the film makers thought the movie wouldn’t be able to be completed. Oscar is taken in by an unexpected ally and the story couldn’t be more touching. Like most Disney productions, this film will touch on a wide range of emotions.

The movie is rated G (although it contains some intense scenes for young children to view) and opened in theaters Friday, April 20, 2012 and will run for several weeks. For more information on the film go to disney.go.com. It is a breathtaking film, and the donation your ticket will help make this week, will ensure these types of projects can continue to be shared with the entire earth. Make every day Earth Day. 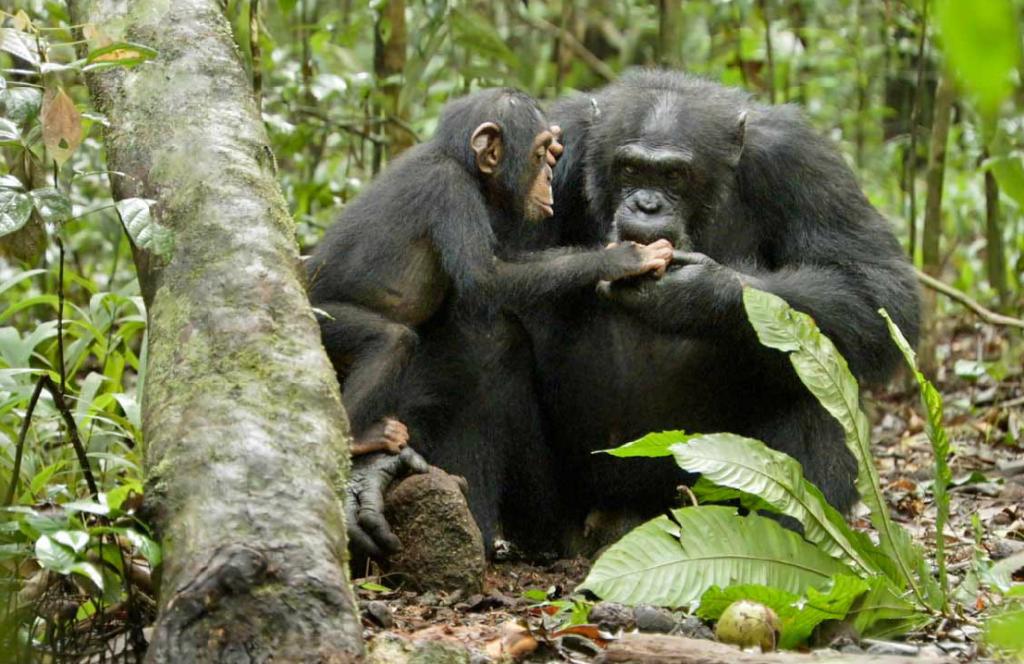 Tuesday & Wednesday nights are not when most people think of going out to a big event, especially this week, after an extremely busy weekend (All-Star NBA, NASCAR Daytona 500 & The Academy Awards). However, you might want to make an exception this time. Performing Tuesday, Feb. 28 and Wednesday, Feb. 29, 2012 at 8:00 p.m. is the Cirque du Soleil’s “Michael Jackson THE IMMORTAL World Tour.” This show is traveling all over the USA, but will only be in Orlando these 2 nights. From the reviews of the show in other cities, it is not a performance you want to miss. 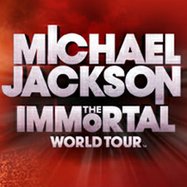 This is a once-in-a-lifetime chance to watch an electrifying production.  Cirque du Soleil performances are so extremely creative, there is no doubt it will be a great tribute to Michael Jackson. He was an artistic genius and had such a unique spirit, passion and heart. It is no wonder he forever transformed global pop culture. This production was written and directed by Jamie King, who has choreographed some of the most popular music videos and directed some of the highest-grossing concert tours of all time. He has worked with artist (other than Michael Jackson) including Madonna, Rihanna, Ricky Martin, Pink, Christina Aguilera, Britney Spears and many, many other superstars. This is Jamie’s first show with Cirque du Soleil and is promised to be nothing short of spectacular.

THE IMMORTAL World Tour will feature Michael Jackson’s powerful, inspirational music and lyrics. The costumes are unbelievable, the lighting is awesome, and the dancers/acrobats perform with an extraordinary power and breathless intensity. The production takes place in a fantastical realm where we discover Michael’s inspirational Giving Tree—the wellspring of his creativity. The secrets of Michael’s inner world are unlocked—his love of music and dance, fairy tale and magic, and the fragile beauty of nature, not to mention Michael’s global messages of love, peace and unity.

Although tickets went on sale to the general public back in October, there are still some available at www.cirquedusoleil.com/MichaelJackson and www.Ticketmaster.com or by calling 1-800-745-3000. Tickets range from $50 to $250+ each (taxes and fees may apply). 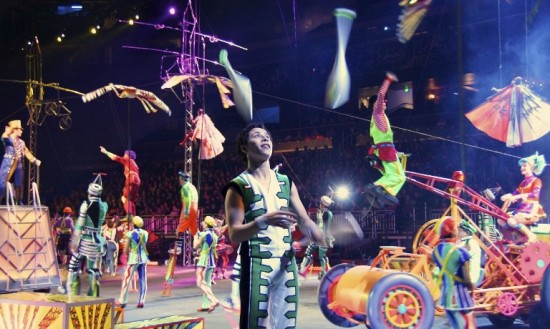 Hopefully you donated food last November and received a voucher for DRAGONS, Ringling Bros. and Barnum and Bailey’s new circus show. (see previous post) If you didn’t, there are still tickets available for this awesome event. The circus will perform at the Amway Center in Orlando January 12 to 16. The performance schedule is:

For the first time in circus history, myth and majesty will share the arena during this must-see family event in Orlando that can only be witnessed at The Greatest Show On Earth®! Experience circus spectacles so incredible that once again you will believe in the unbelievable! Dragon tribes from the far reaches of the earth are brought together in a single performance, displaying their breathtaking skills in a circus tournament of champions. Each tribe must prove that they have virtues of Courage, Strength, Wisdom and Heart to arouse dragons which appear right before your very eyes! Don’t miss this once-in-a-lifetime family event!

Tickets range in price from $85 (Circus Celebrity), $65 (Front Row), $40 (VIP), and $25 to $15 for general seating. Tickets are available at ringling.com or ticketmaster.com or at the Amway Center box office. Head out early for the best seats. Doors open an hour before show time for all ticket holders. For more information, visit Ringling.com or visit their Facebook page. Enjoy the dragons!