On June 10, 2016, SeaWorld Orlando opened a new attraction, the Mako Roller Coaster. It is (for now) the tallest, fastest and longest roller coaster among Orlando’s theme parks. It is so unique, it is classified as a “hypercoaster.” What makes Mako so hyper? 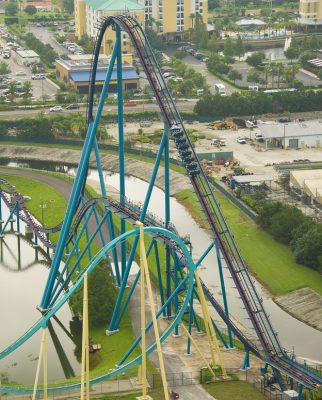 Even before and after riding the Mako Roller Coaster, you can become totally immersed in an all new realm. A realm of sharks! Within the queue (line to wait in for the ride), you’ll experience a 48,000-watt, intelligent surround-sound system that plays an original soundtrack. This soundtrack was inspired by sharks and is 32 minutes in length. There are interactive learning stations where guests can learn about different species of sharks. In addition, they can learn what sharks eat, facts & myths, and how humans are a threat to some sharks to the point of extinction. Very interesting.

As with any experience at SeaWorld, expect a great learning opportunity now that the Mako realm has been added. An all-new Shark Touch Pool is now open. Guests can now touch a shark! Guests can also learn about and interact with other sharks (brown-banded bamboo sharks, white-spotted bamboo sharks and epaulette sharks) at the Relaxation Station located near Wild Artic. This newly added realm is all about sharks, and because of this, it is thrilling and creating quite a ripple.

The Mako Roller Coaster is a great reason to revisit this Orlando theme park. It is a roller coaster to put on your must-do list. If you enjoy thrill rides, you can also experience these other roller coasters while you are at SeaWorld:

Mako sharks, also called “blue pointers,” are known for their speed and ability to quickly change course to pursue their prey.

Now you can experience the Mako shark’s movements to some degree by riding the Mako Roller Coaster. It will leave you breathless. For tickets and additional information on Mako and other attractions, visit SeaWorldOrlando.com. 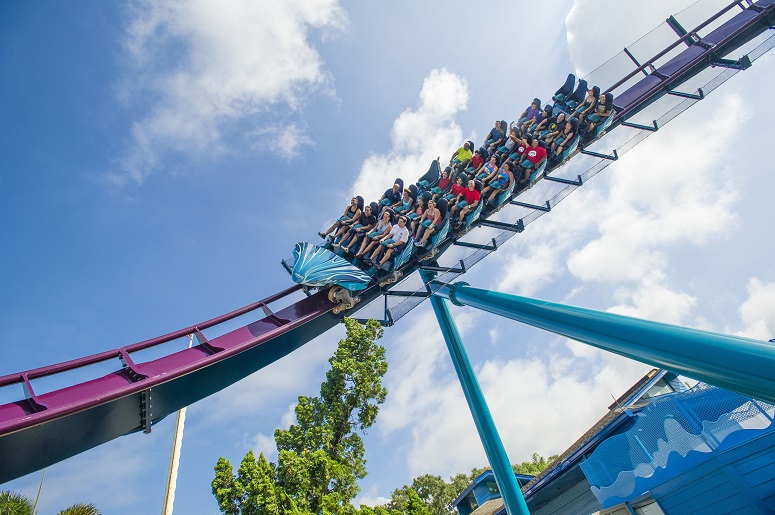